Bobby Jo and Ronnie have over 40 years experience selling Real Estate in the Charlottesville market, and bring a real passion to their work. Toge 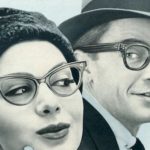 ther, they have extraordinary expertise in this premier golf and equestrian community. Their knowledge of the area and the way the “better people” live is unparalleled.

They are truly invested in the community, and  raised their two children, Biff and Buffy, right here in our town. Recognized as leaders in the community, these two professionals cherish their role as co-chairs of the annual Underprivileged Kitten Ball. They will bring the same discriminating passion to finding your multi-million dollar dream home! If they like you, they will even help you social climb, just like they do.

Really? Is that what you want?

Your Charlottesville Home really does do Real Estate differently. The force behind this site is Russell Halley, and he prides himself on being a contrarian. You won’t hear about his decades of real estate experience. He isn’t here to tell you about his “passion” for real estate. Let’s explain who he is and why you should work with him when it’s time to buy or sell real estate in Charlottesville and Central Virginia.

Russell started out in life as a writer, and when a young man wrote for both weekly and daily newspapers.  Finally, he was able to work successfully as a freelancer for national magazines. Much as he enjoyed that, it became apparent that this career didn’t pay all that well. Because Russ does enjoy getting paid, he switched to a career in sales and marketing. The focus was on advertising and circulation.

After ten years working for Hearst Magazines, Russ resigned and founded his own business in that same industry. In the 1980’s and early 90’s, he managed a staff of over 100 in seven offices around the country. An early adapter, Russ converted the company to an internet play in the 2000’s, doubled sales, and cut the staff by 80%. Life was good.

Sadly, the rumors that print is dead and dying are all too true. After watching publishing clients go out of business on a weekly basis, Russ made the decision to make a major life change in the early 2010’s. A serial entrepreneur, he founded another business which he still operates.

Having the time and appetite to do more, he began working part time as an historic interpreter at James Madison’s Montpelier in Orange County. Because his wife works at Monticello, this provides material for intense family discussions about which founder is the better man. There really is no answer to this question, but the debate is fascinating. Russell would be happy to give you a tour of Montpelier when it re-opens after the Corona Virus shutdown sometime during the late spring of 2020. The photo below shows Russell in a discussion about slavery with Young African Leaders. They visit Montpelier each year to study Constitutional issues as part of the Presidential Precinct initiative. This is just one of many VIP tours he gives each year. 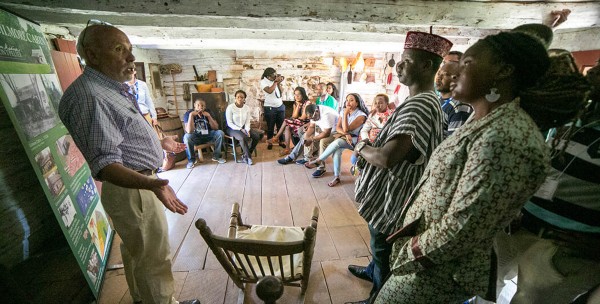 What does that have to do with Real Estate? Well, to satisfy his historic curiosity, Russell drives about 35,000 miles a year exploring the area, meeting people and uncovering granular bits of history to better inform his tours. He probably knows every street in Charlottesville, and every nook and cranny of Albemarle and the surrounding counties.

Because he interacts with hundreds of people each week, many from out of town, people began to make the point that Charlottesville is a wonderful town and that this truly is a beautiful area. Out of towners would often mention that they were thinking of retiring to the area or thinking of buying a house. Who should they call, they asked.

Why not become a Realtor? Russell is comfortable talking with anyone and knows the area better than most. After conferring with Jeff Gaffney, a friend and CEO of Real Estate III, Russ decided to study for the test and get his Real Estate license in 2017.

Russ is not a “suburban cowboy” as some Realtors are, only comfortable with new construction where there are sidewalks and sewers. He is just as at home tramping through rural backwaters as he is in new developments. He is at a stage in life where he isn’t trying to use real estate to generate a 7 figure income, and it is not unusual for him to advise clients to buy the less expensive property, despite the effect on commission.

All this background and more really does add up to one thing: